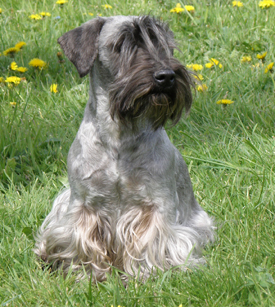 ANIKA
Anika is the pretty one. When she was young she was known as the Asbo Kid, but she has matured to become an excellent mother who has had lovely children - even if she is still a bit scatty at times! She is 9 years old.. 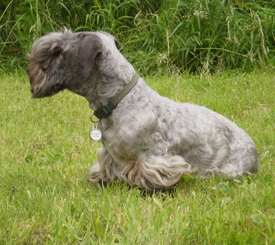 XANTHE
Xanthe is on the go all the time. She is the brainy one of the family, and has enjoyed training to track deer. When she's out in the forest she has her nose to the ground all the time. She loves to greet everyone, especially small children, and she can often be seen rolling on her back for a tummy tickle. She is 7 years old and is Anika's daughter. 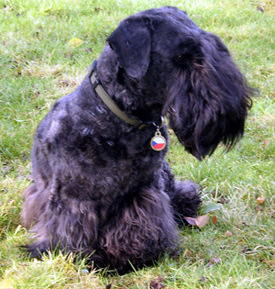 XAVER
Xanthe's brother Xaver is the cuddly one - it's amazing how many people meet him and immediately want to give him a cuddle! He is so laid back that he can often be found fast asleep on his back. 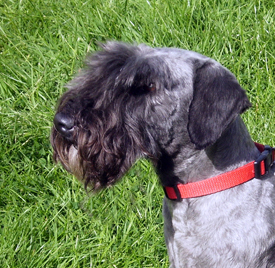 VYSTAVA
Another of Anika's kids, Daisy lives with Chris McIvor, but is a valuable member of TEAM RIDLEY and can often be seen out and about with the rest of the gang. She is 8 years old. 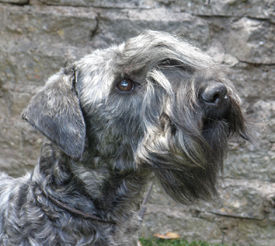 ELIŠKA
Eliška also lives with Chris and was bred by our good friend Jayne Rusby. She is a very sweet girl who is a cousin to Xaver and Xanthe, and she is 4 years old. 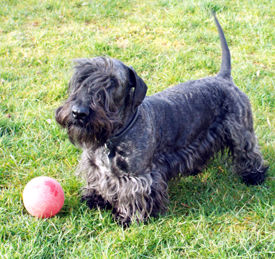 SILAS was bred by Diana Grant and lives with Amanda Halling. He has a special place in TEAM RIDLEY because it was after meeting us at the Bowood Game Fair that Amanda decided that the Cesky Terrier was just the right breed for her. He is 4 years old, loves playing with his ball, and likes to hang around with his best mate Xaver - the rest of us keep out of their way, as they usually have a great game of chase! 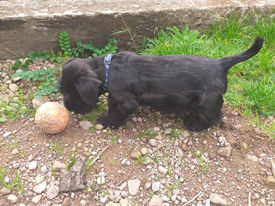 What can we say about Dora except she is Ysadora-ble! She lives with Silas, and, like him, loves to play with her ball (or more often, with his ball!). She is Eliška's younger sister and is 3 years old. 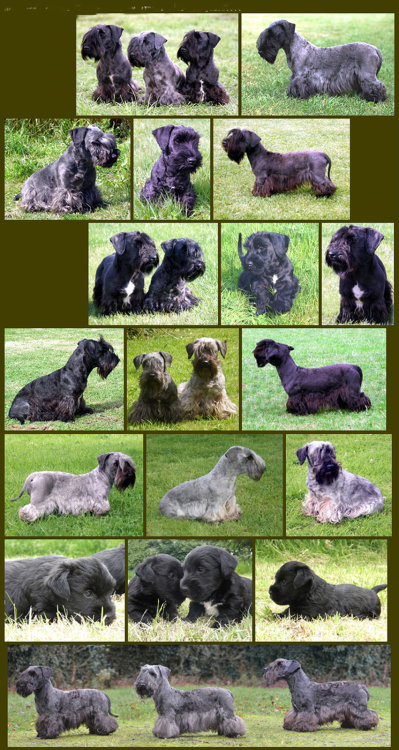 The other branch of our family is RIDLEY TEAM IRELAND and the exciting news is that the Ridley 'B' litter was recently born there. Aren't they gorgeous? 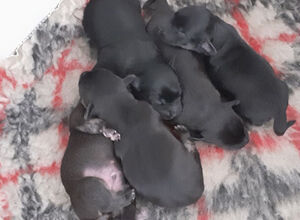 Dad is Wherrypoint Leopold (Anika's half-brother) whilst mum, Placido Karisma, is a half-sister to Eliška and Dora 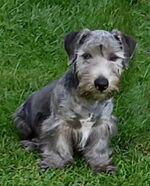 Ridley Berach all grown up - and ready to leave for his new life with Jayne.....
Next
Previous