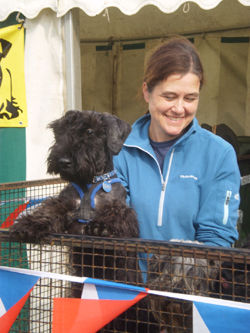 The weather gods were kind to us once again at Bowood. We met lots and lots of interesting people, and a smart young chap called Silas. His mum had met Team Ridley at Bowood last year and thought we were so nice (big-headed? us???) that she wanted a Cesky Terrier of her own, and Silas is the result. He brought her with him to help us tell everyone what a wonderful breed this is - and he did a jolly good job, especially for such a young lad. 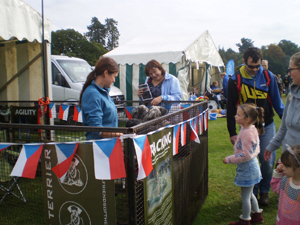 We were so busy talking to people that we didn't get to watch much of the action in the dog arena - but after we had done our breed parade we did see something that was of great interest to us terriers...

Rabbits? We would have been willing to help catch the 'Bowood Three' - except we were far too busy meeting and greeting our own admirers!

We have just one more show - in Essex - to end the season. This is a new venue for Living Heritage, so we are looking forward to making new friends
Next
Previous