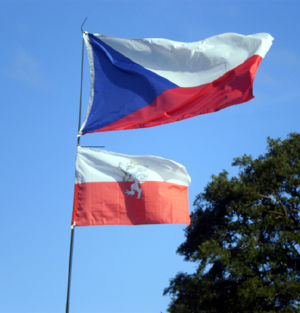 Our flags were blowing in the wind at Sandringham. We have the Czech flag - because we are Czech Terriers, and also the flag of Bohemia, because sometimes we are called Bohemian Terriers. Even though there was a strong wind, the sun was out most of the time and we were very busy talking to people all day long.

We met lots of very interesting people. This lady was very special and we wanted to sniff her all over. The boss said we shouldn't be so rude, but she laughed and said it was because of her ferrets! 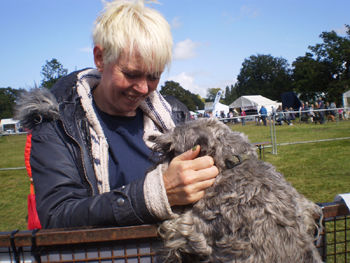 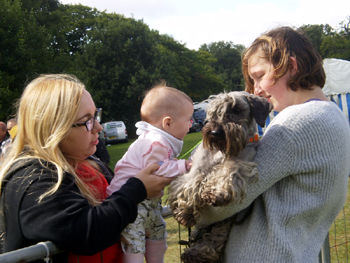 We all like to meet the children. Most of them like to stroke us and ask questions about our names and how old we are. Evie took Xanthe to meet this very little person. She is only four months old, but already loves dogs. Her mum was helping on the English Toy Terrier stand, so she is going to be very used to having lots of dogs around as she grows up!

Only one more Living Heritage show left this year. See you at Bowood in Wiltshire at the end of the month.
Next
Previous