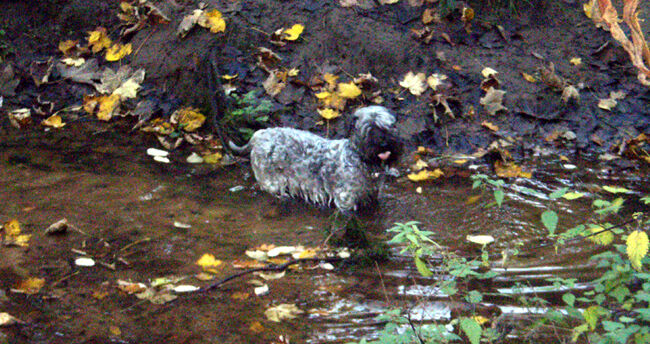 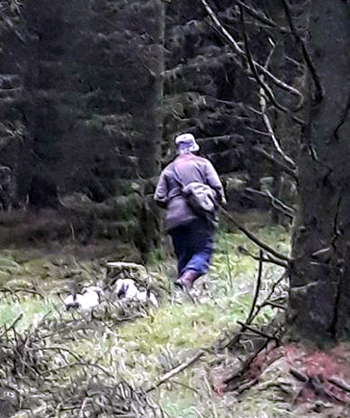 When František Horák set about developing the Cesky Terrier his aim was to produce the ‘perfect’ working dog. His own much-loved Scotties were dour and determined, but somewhat unreliable with people and other dogs. His friend’s Sealyhams were sociable little dogs, but when hunting were a bit inclined to get distracted and go off on a different line. He blended together the determination of the Scot with the mellowness of the Sealy, bred for the darker coat of the former and the drop ears of the latter and, since he was also an enthusiastic competitor in the conformation ring and knew how much work went into keeping both these breeds in show coat, he chose in each litter the pups with the softest hair, opting for a coat that would be always prepared by clipping, rather than needing the skills of the dedicated groomer.

Temperament has always been important in this breed. The Cesky Terrier is very mellow, able to work well in a pack, and slow to anger. He has always been a family dog – as a breed they adore small children – but at the same time keen to go out into the countryside and assist in the day’s sport. 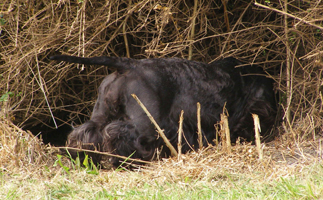 So what is it that makes the Cesky the ‘perfect’ terrier? Like most small terriers they will go to ground (so it is essential that they have a small, easily compressed rib) although they are slow to mature and often will not show any aptitude for this task until they are 4 or 5. They will work a hedgerow and put up a pheasant or a rabbit – and can be taught to retrieve.


But it is in the forest that the little Czech comes into his own. In the former Czechoslovakia, now split into the Czech Republic and Slovakia, it is the Wild Boar that is the major quarry. Boar hunting is a formal activity, with its own customs and even language. Horák’s kennel name ‘lovu Zdar’ means ‘good hunting’ and will be on everyone’s lips at the start of the day. Due to their sociable and biddable nature, this breed will work happily in a pack, driving the Boar through the forest towards the guns. They are also, due to their exceptional scenting powers, often used to track the Boar – either following a live animal through the forest, and using their loud bark to alert the hunter when they are close up. They do not attack, obviously they are far too small to take on such a ferocious animal, but will dance around, using their agility to keep out of reach until the hunter can catch up and despatch the animal.

Int Ch Uff Laraff and his daughter Ch Nartoun Reca Diktatorka getting up close to a Wild Boar
Photo by Sabina Kocanová
. 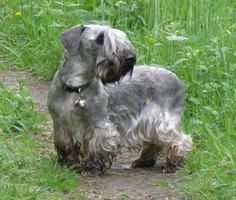 Another important task for the Cesky Terrier is to follow the blood scent of a wounded Boar. Often large animals, even if they are technically dead, will carry on moving for some distance and can easily be lost in dense undergrowth. This is where the Cesky really comes into his own. His sensitive nose can track the path of the Boar even when the scent is many hours old.

In the UK we do not hunt Boar, but Cesky Terriers are proving their worth as deer tracking dogs. You can watch Anja tracking on this video. 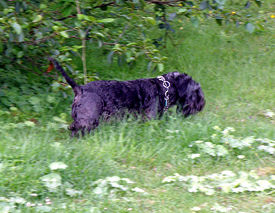 Some Cesky Terriers like Bess (owned by Carol Adams) have learned to use those sensitive noses to search for truffles. You can learn more about Truffle Hunting here. 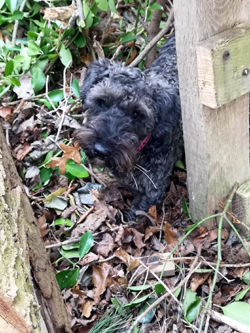 As an all-purpose hunting terrier, the Cesky can also work in the shooting field. Paul Cashin's Remi has shown herself to be a valuable member of the beating team. 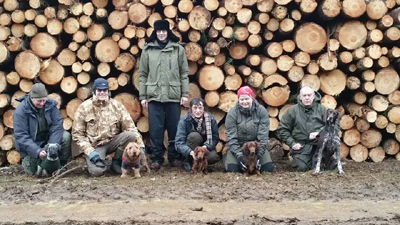 This equable little terrier will work happily with other dogs and proves his worth as a worker in many ways.


Anja at a tracking day in Thetford Forest, working with a variety of other breeds